Tougher Meaningful Use Audits Ahead; Kentucky REC Can Help You Prepare 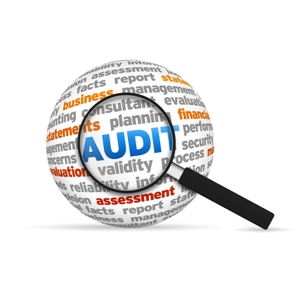 Be Ready! A recent audit by the OIG revealed that CMS issued hundreds of millions of dollars worth of incorrect EHR incentive payments.

Per the EHR Incentive Program, documentation to support attestation data for meaningful use objectives and clinical quality measures should be retained for six years post-attestation.

From The Wall Street Journal:

Medicare erroneously paid an estimated $729 million to doctors and other health professionals under a multibillion-dollar federal initiative designed to shift the health-care system from paper records to computer files, according to a new federal audit.

The U.S. Department of Health and Human Services Office of Inspector General, which conducted the audit, said Medicare, over a three-year period, improperly paid health professionals who vouched they earned bonus payments under the initiative, but who either lacked required proof or failed to meet bonus criteria.

The Centers for Medicare and Medicaid Services, the agency that oversees Medicare, should review its incentive payments and recoup any money erroneously paid and do more to scrutinize spending under the incentive program, OIG auditors said in a report of its audit. The program was created by 2009 legislation to accelerate use of electronic health records.
CMS “conducted minimal documentation reviews,” the report said, “leaving the EHR program vulnerable to abuse and misuse of federal funds.”

The audit estimated improper payments totaled 12% of the approximately $6.1 billion Medicare paid out as electronic health-record incentives to professionals during the three years reviewed by auditors. Auditors based the estimate on a review of 100 health professionals who vouched they earned bonuses between May 2011 and June 2014. To do so, health professionals must meet several criteria, such as using computers to order prescriptions and transfer health data electronically. Rules also require professionals to monitor cybersecurity.

Auditors said they found, in that sample of 100, 14 health professionals who reported incorrect information or who couldn’t produce required documents or other proof they met bonus criteria, including six without evidence of cybersecurity efforts. The 14 professionals were paid $291,222 in that three-year period.

In a February letter responding to the OIG findings, then-acting CMS Administrator Patrick Conway touted the rapid use of electronic health records under the initiative and said Medicare would recoup improper payments to professionals included in the sample audited by the OIG. Dr. Conway said CMS also launched targeted audits “to strengthen the program integrity,” which continue this year. The OIG report, however, said it didn’t believe the targeted audits would be enough. “This administration is committed to turning the page and ushering in a new era of accountability,” CMS officials said in a statement responding to the audit. “Providing high-quality care to Medicare beneficiaries while being responsible stewards of taxpayer dollars remains a top CMS priority, and we recognize the value data validation and auditing bring to our programs.”

The audit also found Medicare overpaid health-care professionals by $2.3 million during the same period as some professionals moved between incentive programs run by Medicare and Medicaid. Health-care workers are allowed to earn such electronic-health-record incentives from either Medicare or Medicaid, but not from both. The OIG found some who switched incorrectly received higher payments than they would have otherwise.

No one likes to think about being audited, but we at Kentucky REC would like to help you be better prepared when facing a Meaningful Use Audit. Kentucky REC can help you prepare for pre and post payment Meaningful Use Audits. When receiving an audit notice, most practices find that a large amount of information is requested and must be provided in a very short time period. Kentucky REC offers a Meaningful Use Mock Audit service that will assist you in knowing what documents may be requested during an audit. We will help you make sure that your practice is organized and prepared with the items needed at your finger tips for each program year.

If a provider is unable to prove they have met each objective and measure for Meaningful Use, they face the risk of failing the audit and their incentive money may be recouped. Providers and staff have worked hard to meet Meaningful Use objectives. Make sure you are ready for a Meaningful Use Audit and contact us at Kentucky REC to find out more and receive a quote for this helpful service.